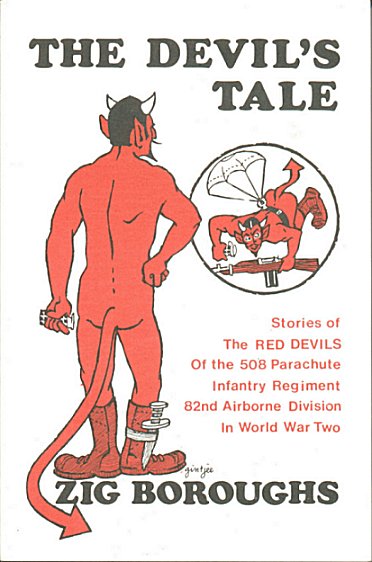 Zig Boroughs, a member of the Enlisted Reserve Corps at The Citadel and inducted into the army along with his fellow Citadel cadets, was to Uncle Sam Pvt Ralph Zeigler. But to his family. friends and the officers who censored his mail, he was Zig. Sworn in several days before his 20th birthday he spent two and a half years in service. Volunteering for the paratroopers Boroughs was sent to the 508th Parachute Infantry Regiment, 82nd Airborne Division, which was deployed in Europe.

After VE Day, Boroughs waas assigned to teach math in a regimental school-thus beginning his teaching career. On returning home, Boroughs completed college at Furman University and taught for a few years. Later, after graduating from New Orleans Baptist Seminary and serving in the ministry, he returned to teaching and earned advanced degrees at Clemson University and the University of Georgia. He is now a retired Lander College professor residing in Greenwood, South Carolina.

Zig wrote a book entitled "The Devil's Tale". For those of you who have been trying to find information about a family or friend that was a part of the 508th during WWII, this book is for you. This book contains a lof of first hand accounts of events that took place then. There's even an index where you can look up a person's name and go right to their particular story or stories. This book is a wonderful tool for anyone that wants to know what really happened during WWII. All of you that have emailed me asking about a relative or friend that served in the 508th during WWII, this is one of the first books I've used to gather information.