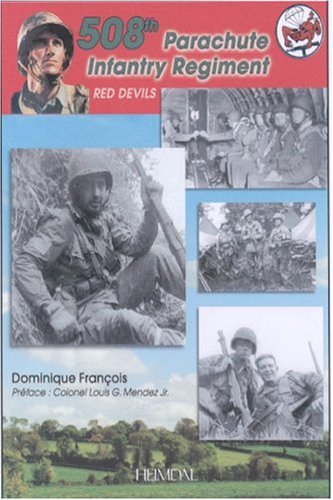 First let me tell you a little bit about Dominique. Dominique is descended from a long line of soldiers, and, as a young man growing up in Normandy, he developed a keen interest in the history of the many battles fought in his home country and also of the soldiers whose blood was spilled upon Norman soil. Dominique and his family know the cost of war-two of his great grandfathers were killed during WWI, and his franternal grandfather was killed on D-Day, June 6th 1944, when a bomb destroyed the family's house in Saint-Marcouf. Dominique is the author of "The 508th Parachute Infantry Regiment" and many articles published in Militaria Magazine. He has also produced a documentary film about Captain William Nation of the 508th Parachute Infantry Regiment. Dominique is an abosolute wealth of information. I was very impressed with his book. I will give you a taste of what you will find within the pages of this book. 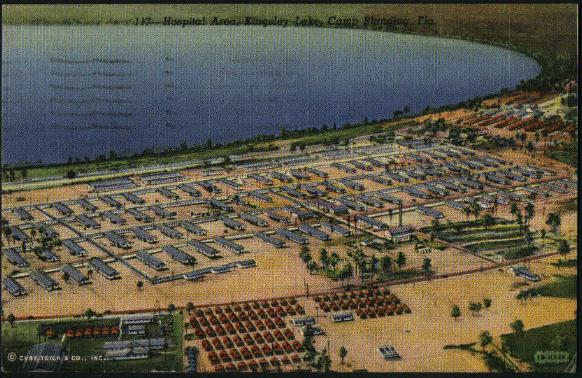 Have you ever wondered what basic training was like for the paratroops back in 1942? Well I think you can get a pretty good idea from some of the following pictures. These can all be found in Dominique's book.These pictures were taken at Camp Blanding in or around 1942. The following two paragraphs come from Dominique's book.

"During the latter part of October and the first of November, more thsn 4500 men, mostly fresh from Reception Centers, were processed before the original quota of 2300 men had met all requirements. Their first appearance before their battalion commanders was a surprise to most of the recruits. Being inducted into a man's army, and then being asked such questions as: "What's your name? Why? Is Mickey Mouse a boy or a girl?" left several men wondering what the score was. Yet such was the indoctrination Major Louis G. Mendez gave each man of his third Battalion, for men had to be mentally as well as physically alert. The booming voice of 1st Lt. Fleming shouting at a battalion taking calisthenics symbolized life during the period of basic training: "Absolute silence and instantaneous response to command are the very essence of military training! Grab your partner in the fireman's carry! Now we'll do 25 slow, easy deep knee bends..." Courses in basic infantry subjects were interspersed with periods of alert drills, runs, rope climbing, and tumbling. It is a small wonder that the officers were amazed when at the end of the day the chow whistle would be answered by a bunch of double-timing, tumbling men, screaming like wild Indians. Company competition was held at Blanding for rifle marksmanship, close order drill, and physical prowess, with streamers being placed on the winning company's guidon. In a contest open to everyone, Sgt. Andrew J. Sklivis submitted the winning suggestion for a regimental insignia, a parachuting Red Devil, and the battle-cry "Diablo!" was adopted."